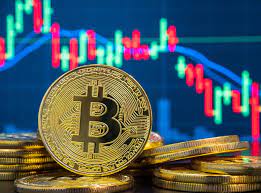 Known as the business hub of Western Asia, Dubai is increasingly attracting businesses around the globe. It is one of the fastest-growing cities that offers a perfect ecosystem for entrepreneurs and managed to establish itself as the ambassador of business and tourism in a short period.

Dubai has been a centre for regional and international trade since the early 20th century. The study conducted by Knight and Frank’s 2015 revealed that investment in the financial and commercial services sector, trade logistics, and tourism development had all played a vital influence in Dubai’s emergence as a global hub over the last few decades.

The state-of-the-art infrastructure, good transport links, excellent services, and new-age technologies and solutions are some of the key reasons why startups and established businesses around the globe are attracted to Dubai.

Moreover, the UAE government’s rapid measures to assist and aid the business community in overcoming the challenges of the Covid-19 pandemic improve Dubai’s reputation in the business world, positioning itself as one of the most convenient and safe places in the world to set up a business.

In the research published by Afrasia on September 2020, UAE is listed as one of the countries that experienced the most significant wealth inflows over the past year, while Dubai is one of the top 5 cities with high HNWI (High-net-worth individual) inflows.

Furthermore, the inflow of HNWI and businesses has also been attributed to the city’s lucrative deals and business-friendly policies. Dubai has very favorable taxation, and its economy is among the most diversified in the world.

Dubai is deeply aware that innovation should be ingrained into the way the government thinks, operates, and delivers services. Reiterating the government vision to become the world’s leading country, UAE launched UAE Centennial 2071. It serves as a clear map of long-term government actions, which is built around the four core aspects of education, economy, government development, and community cohesion to foster an environment for exponential growth.

To address the challenges of rapid growth and urbanization, Dubai also hopes to become the world’s most sustainable city by 2050. In its pipeline are its investments planned of  USD 163 billion to attend to Dubai’s energy, water, and construction needs sustainably.

“Dubai will never settle for anything less than first place.“

Dubai is recognized as one of the world’s top business hubs. It is taking the lead in the region’s business sector, as indicated by an increasing number of startups setting up operations in the city. With the strong SEO vision of its leaders and concrete action plans, UAE is also on track to become the world’s leading country.

What to Look For in a Good Tech News Website