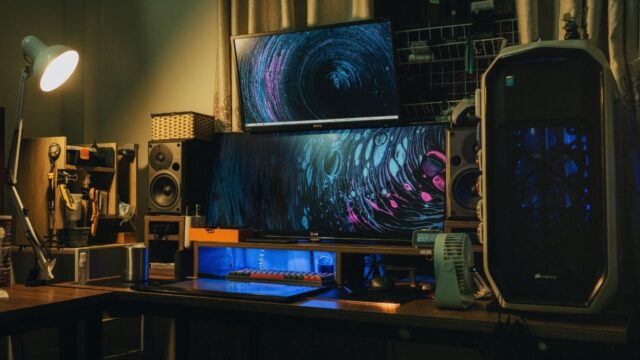 We have a detailed guide on how to play PUBG on PC right here. We’ve compiled a list of the top PC emulators so you can play PUBG on your computer with ease. PUBG is the game that everyone is talking about these days (Player Unknowns Battleground). In this game, players who are unfamiliar with one another engage in a combat, either as a solitary member or as part of a group. This game is free to download for Android users through the Google Play Store; however it’s a bit more difficult for PC users.

How can I play PUBG on a PC?

By utilizing an emulator

To avoid paying money on a single game, users opt to use an emulator. Let us first clarify how an emulator works and, more importantly, what an emulator is.

What exactly is an emulator?

It is a piece of software that allows one computer system to act like another. It creates an identical clone of a guest system on a host system in order to force the host to use guest-specific services.

How does it assist when playing PUBG?

The emulator replicates the operation of an Android phone on a PC and provides different choices for controlling the phone as well as the gaming with a keyboard and mouse. This allows you to play PUBG on PC without any problems. Various emulators for pc pubg are appearing nowadays, but we just need to cover the leading ones.

The best PUBG emulators are as follows:

Tencent Buddy is the greatest and most popular PUBG emulator. It is exclusively created by Tencent, the makers of PUBG. It is designed just for playing PUBG and has a simple user interface. It gives the greatest controls through mouse and keyboard and does not need a lot of work.

This is one of the greatest PUBG emulators that isn’t just for PUBG but also allows you to play other games like Fortnite or PUBG. The game is played on the server of this emulator, which is a cloud-based service, with the computer functioning as a monitor. The server handles visuals and processing in this case, and the player is simply required to operate the game. It is ideal for Apple Mac computers.

It is one of the best PUBG emulators that do not necessitate any system requirements. It makes it simple to play PUBG on PC. It is better than others in matching mouse and keyboard controls. It performs admirably.

This PUBG emulator was formerly so popular since it was the only method to play games like subway surfers and temple run. However, it now allows us to play PUBG with just a few clicks. It has the proper combination of abilities. It allows PUBG to run smoothly.

It is mostly designed for gaming. It has a variety of customization options based on your play preferences. It gives you good control over the keyboard and mouse. It is the only emulator that allows you to play numerous games at once. It necessitates Android marshmallow.

LD Player, a new PUBG Mobile emulator for Windows, has been released. This software, like Bluestacks, lets you tweak the display resolution and resource allocation. The ease with which you may use Android shortcuts is, in our opinion, one of the best features of this emulator. It can run the majority of the most recent and popular Android smartphone games directly on your PC while making full use of your PC’s capabilities. This page contains a link to the LD Player download. Once you’ve downloaded the emulator, install it on your PC. Launch the emulator and wait for all of the resources to load. One of the pre-installed apps should be the Google Play Store. Sign onto your Google account and search the Play Store for PUBG Mobile. The game may then be downloaded in the same way as a smartphone would.

Improve Your Business By Organizing A Virtual Corporate Event