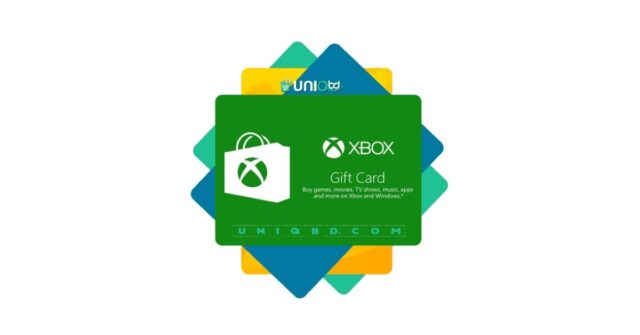 An Xbox gift card is a great gift to give someone and to receive. Gift cards can be used to buy an Xbox Live membership and Microsoft Points for game download purchases. There a couple ways to use an Xbox gift card on an account.

Gift cards fall under the category of prepaid codes. They come in the form of cards with a character code on the back. They can be purchased from a retailer or received as a gift. Buying a gift card for you is a good idea so no credit card information is put onto the Xbox network for hackers to access.

Xbox gift cards are usually purchased through physical or online stores. They are added to the Microsoft account for future Xbox purchases. They are most often given as gifts, but are also paid for in cash in order to transmit money to an account.

An Xbox Live Gold membership is a type of prepaid code that is redeemed for a membership. These memberships can last for 12 to 24 months on average, depending on the type of card purchased either online or in store.

An Xbox Music Pass card can give the user unlimited access to all the music they love. Premium cards allow an ad-free listening experience on all devices. Users get access to millions of songs on the PC, tablet, Xbox, phone, and internet. Music can be downloaded for offline listening and users can create playlists that automatically sync across all devices.

Microsoft Points cards are the currency of Xbox. For example, spending 15 pounds on a Microsoft Points code will give the user 2100 points. These points can be used to purchase downloads, content, and games on the Xbox Live Marketplace. They never expire and will always be available on the account.

Xbox gift cards can be used toward Live Gold memberships, live content like games and apps, and a Music Pass. There are also prepaid code cards available for specific items that can be found on the Xbox. This includes games, app content, Xbox music content, and Xbox live content.

To redeem, sign into Xbox Live using the account the prepaid code should go to. Press the Xbox Guide button on the middle of the controller. Go to Games and Apps and select Redeem Code. Enter the 25-character prepaid code and select done. When prompted, click yes to confirm the redemption.

Improve Your Business By Organizing A Virtual Corporate Event