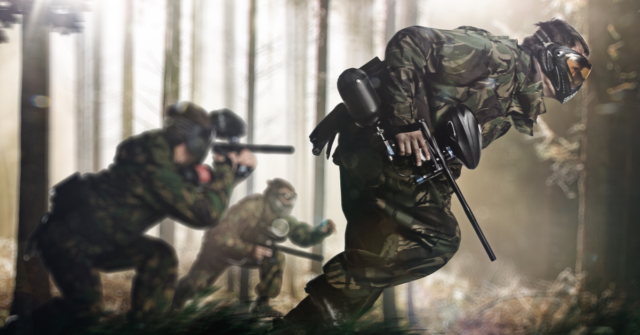 Paintball is made by many different producers, each using similar, but not identical, formulas for the shell and paint. These differences create small variations in the size and shape. These small differences can make a huge difference in your shooting accuracy and the reliability of your marker. This is partially caused by the slight differences in the inside diameters of paintball gun barrels. With a less stringent manufacturing requirement than real guns, paintball gun equipment manufacturers may put out products that offer noticeable inside diameter variations in a barrel from one product line to the next and sometimes even in two similar models.

The best way to determine whether a particular brand of paintballs will work in your marker is to perform the following test. Unscrew the barrel from your paintball gun, drop a single paintball in it. If the paintball rolls through without any restriction from the barrel, the ball is probably not a good choice for your barrel because it is too small. It will “bounce” down the barrel during shooting due to the higher pressures and cause inaccurate results. If the ball doesn’t drop all the way through the barrel and you have to push it out, the ball is not a good choice because it is too large.

What’s “just right?” The paintball should fall completely through the barrel with a very small amount of resistance as it goes through. Remember, when shooting, there will be a large burst of air/CO2 behind the paintball, causing a great deal of pressure. A paintball that is not well-sized for your barrel will reduce the effectiveness of your shooting, either through accuracy or reduced range and power.

Choosing the wrong type of paintball can create problems with your marker. For example, if you struggle with paintballs breaking before they leave the gun’s barrel, it could be a problem with the gun or it could simply be that you’re using a paintball too soft-shelled for the gun you’re using.

Expert Guide to Pick the Right Lucky Number for Winning

How To Plan A Successful Function Effortlessly?